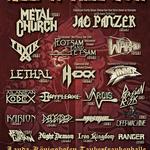 26 Apr 2014  LAUDA-KÖNIGSHOFEN, GERMANY - This was an unbelievable festival. What a feeling to meet fans, rockers and metalheads from the world over - and the crowd was just magic, like we'd never been away... peerless. Reviews: Michael Toscher (FFM Rock) (German) Philipp Wolter (DreMuFeuStiAs) (German)  ... more> 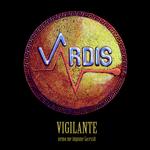 1 Apr 2014  'Vigilante' finally released on CD after 28 years! The fourth Vardis album, released in 1986 just before the band split, has been lovingly remastered by Steve Zodiac from the original masters and released on CD and digital for the first time! You can buy the CD now, with free worldwide shipping, from our SHOP Digital available here:   ... more>