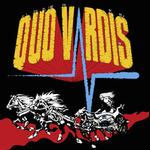 11 Jul 2017  “Quo Vardis” also marked a step towards the end of the first era of VARDIS, which was disbanded after their fourth album “Vigilante” dated 1986. Recently the band returned to action and already has an album out. For now, indulge yourselves on the past, it is worth it" by Lior "Steinmetal" Stein...more...... more>